Established in June 2011 in Kita-ku, Kobe City, Hyogo Prefecture, the R&D Center is a central facility for SOFT99, equipped with various development functions, large-scale research facilities and exposure sites, with an area of almost 20,000m². In addition to the automotive field, it is possible to easily perform coating outdoor exposure tests on ships, building materials, vending machines, etc., which were difficult in previous research facilities, and research on new themes can be tested directly using the object itself. In addition, we are close to the Sanda Factory (Sanda City, Hyogo Prefecture), which is the main facility of the production division, and has achieved improved product development capabilities, including efficiency and manufacturing technology. 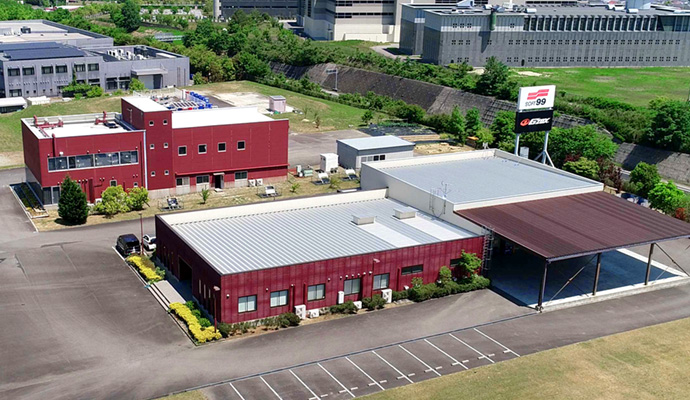